Into the wild: reintroduction of spider monkeys in Guatemala 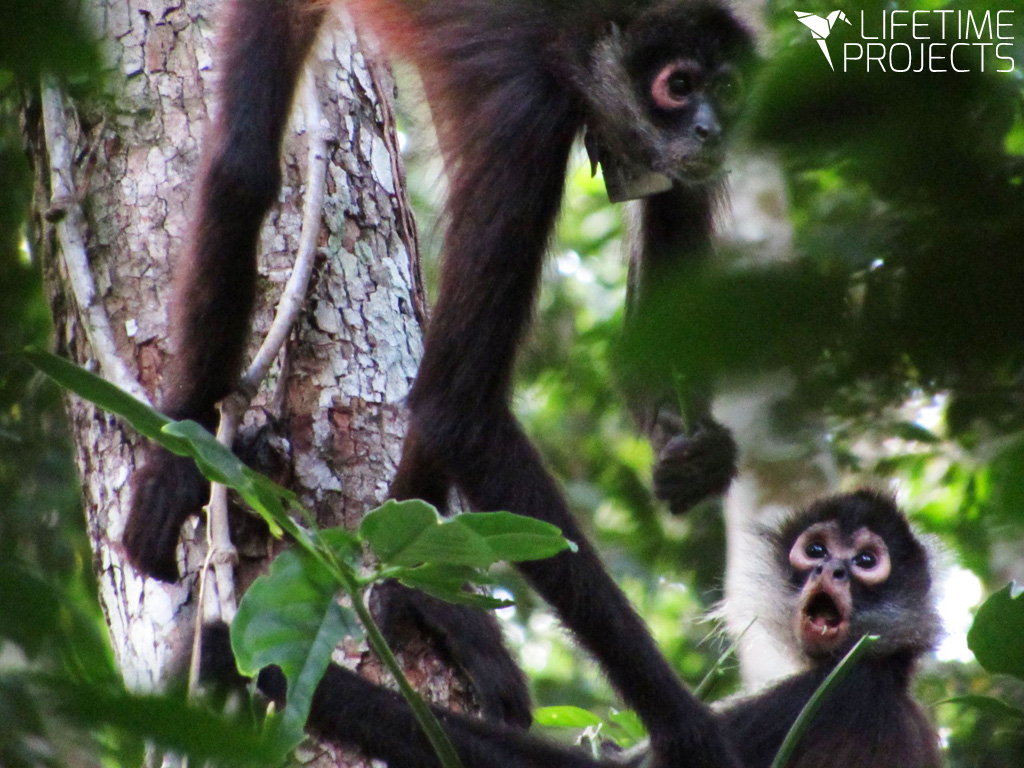 February 2020: one of our volunteers witnessed the reintroduction of spider monkeys in Guatemala. An action carried out by our partner NGO ARCAS, which fights hard to welcome and care for the animals rescued from the animal trade, and then organizes their release into their natural habitat.

As it is generating around 20 million of dollars of profit each year, the illegal wildlife trade is the 4th most lucrative illegal trade in the world (after drug, arms and humans), and is still getting bigger in spite of an emerging global consciousness of environmental, social and sanitary issues, raised by increased knowledge about this traffic.

Some areas of the world are more vulnerable than others to this scourge: Guatemala (“place full of trees” in Nahuatl, an ancient Azetec language used in actual Mexico), which territory is composed of 30% tropical forest, hosts an incredible diversity of living species. On the other side of the coin, Guatemala is also highly affected by illegal hunting and selling of wild animals as pets, both domestically and internationally (mainly parrots and monkeys, but also big cats such as jaguars and pumas), to such an extent that the government has its own biodiversity protection service: CONAP (Consejo Nacional de Areas Protejidas).

The rescued (from the wild) or confiscated (from private owners or poachers) animals are brought to the NGO ARCAS (Asociaciόn de Rescate y de Conservaciόn de Vida Silvestre). For the past 30 years, ARCAS has been working as a Rescue and Rehabilitation Center in order to release these animals back inside the Mayan Biosphere Reserve, located in the northern region of Guatemala, near both Mexican and Belizian borders.

Volunteering at ARCAS means helping taking care of animals whose freedom has been stolen from them. It means taking part in the astounding adventure of a team that dedicates their lives for them; it also means being able to attend very special moments. In February 2020, ARCAS released a group of 15 spider monkeys (Ateles geoffroyi), an endemic specie of primates in Central America, today in danger of extinction.

Being able to rehabilitate them is a whole lot of work and needs constant efforts: between 6-8 years are necessary to go through the whole rehabilitation process for one group of monkeys consisting of ten to twenty individuals. Indeed, one can’t just open the door of the cage and tell them that they are free: they have to be able to survive in their natural environment, which means adopting a behaviour that fits the group’s social norms. This includes developing a precise hierarchy with a dominant male, and will determine their social interactions such as a priority order for food, etc. Having a secure hierarchy ensures that they are able to protect the group from predators or other groups of monkeys they will need to share the territory with (which can cause violent behaviour in spider monkeys).

From the “cradle” until adulthood, everything at the center is done in their very interest. The main concern is that they do not consider humans as a source of interest or as a “harmless other species” but as a real danger for them, in order not to fall back into the nets of wildlife traffickers. The monkeys will grow with a minimal contact with people and will be gradually distanced from all human activity as they are forming a group and evolving through the rehabilitation process. Several behavioural studies are carried out on the group during this process to determine if it is ready for release. After their final catch-up, a complete medical check is carried out and they are fitted with radio collars allowing them to be followed and monitored after release. They are then driven into the middle of the forest, deep into the Mayan Biosphere Reserve. When everything is ready, the cages open: welcome back home.

Do you want to get involved in reintroducing spider monkeys into the wild?

Wildlife Refuge in Guatemala: See the project in detail