Testimonial from Clarisse about Impuls’Her Project in Bolivia 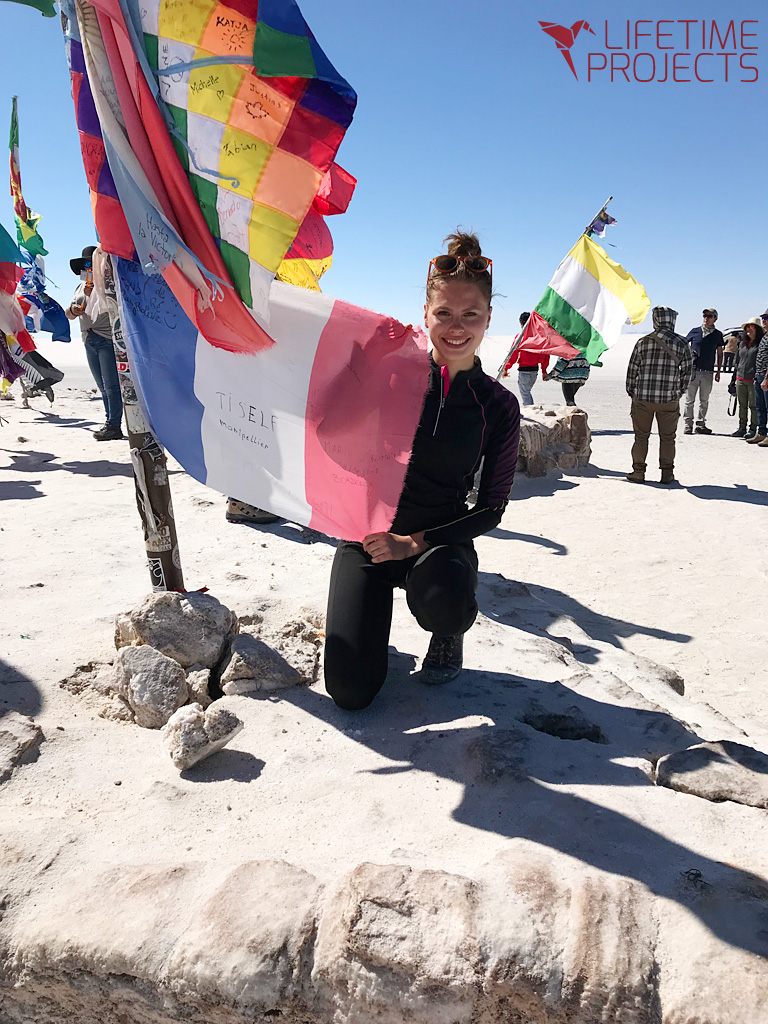 After spending four and a half months in Bolivia as part of a student internship with LifeTime Projects, Clarisse talks about her professional and human experience working for the Impuls’Her Projects program for the professional reintegration of young women.

I spent four and a half months on a mission in Cochabamba, Bolivia with LifeTime Projects. I didn’t think I was going to experience so much in such a short time and that I would return to France with many memories in my head, and especially with a lot of nostalgia!

My mission was quite different from the other volunteers because I came as an intern as part of my studies and as a result, I mainly worked in the office with the team on the “Impuls’Her” project, and I did not spend much time in the centers for young women.

Despite a lot of apprehension at first, I do not regret for a moment my adventure in Bolivia with LifeTime Projects which was so rewarding humanly and very formative for my professional career!

It was not my first trip alone, but I had never been so far away and especially for so long. So leaving 10,000 km from home, towards the unknown, without any points of reference, was not very easy at first. But I was very lucky to find a second family that supported me and was there for me at all times.

First of all, regarding my host family, at Betty’s, who told me from the very first moments at home: “tell your parents not to worry, you have your Bolivian mother here”. These few words made me feel at home right away (and especially reassured my parents on the other side of the Atlantic). I think that there is nothing better when you are abroad than being part of a host family because the experience will be all the more enriching; you exchange, share and discover the country, its culture and traditions in a different way (and you taste the good local specialties!)

But I also found a lot of support from the LifeTime Projects team as well. The adaptation at the beginning was not necessarily very simple, first because I had to get back into Spanish and then because I had to quickly understand how the association works and to be a part of a project for which I could make a contribution.

And this project was “IMPULS’HER”. I arrived at the moment when the project was being developed in France and I worked on its implementation in Bolivia, alongside Cecilia, one of my most beautiful Bolivian friends ?. I was very receptive to this great initiative, to be able to set up a program that would allow young girls, who have a difficult past, to be able to rebuild themselves and above all to have a bright professional future ahead of them. For several months, I helped write and plan the various stages of the project so that it could be ready for March. My only regret of this whole adventure is that I was not there to see this beautiful project coming to fruition.

At the same time, I also continued to work on the “EMPOWERING WOMEN’S PROJECT” project, which preceded “IMPULS’HER”, to follow the two young beneficiary girls in their lives after the center, at school and in training. As I had not spent time in the centers, I was able to be present for these two young girls in their daily lives and help them during their difficulties. It was not always easy, but I learned to be patient and understand what they are going through.

From this adventure, I will never forget the people I met, the smiles on the girls’ faces at the centers and above all the beautiful mission I shared with the team!

So thank you to LifeTime Projects in France and Bolivia for welcoming me, trusting me and giving me the opportunity to participate in a humanitarian mission.

Our news per themes

dolor. libero. ante. dictum pulvinar at Donec felis sed
We use cookies to ensure that we give you the best experience on our website. If you continue to use this site we will assume that you are happy with it.Ok