Jessica’s testimonial in an orphanage in Bolivia 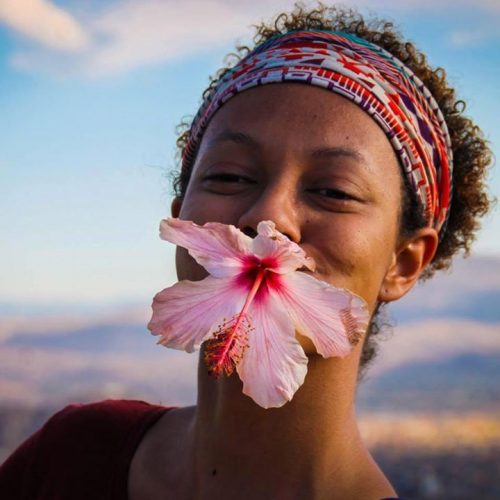 Maria Cristina is a childhood sanctuary…

In the city of Cochabamba, every single thing had its own time, independently to the world around it. All those different times divided out and gave a sense of order to the city, which only its inhabitants could understand. We were like new-borns: unable to understand this perfectly organized chaos which was opening out in front of us.

Then came the first day in the orphanage. Time there was suspended, as if we were floating in another universe. Everything was regulated by the social workers’ activities: changing of clothes, sensory workshops, sports, teeth brushing…

Our presence at the building site seemed to bother a harmony that we were unable to understand back then. The more time moved forward, the more I saw the orphanage as a sanctuary of time. For Theresa, who suffers from premature aging, time had not followed a straight line: she had the body of a women and the face of a grand-mother. However, when she started crying or when she started laughing, she was a child.

It was then that I realised that I was unable to give an age to all these children around me. They were all different in size and in age (in terms of morphology) but their facial expressions were ones of children. Even though some of them could be twice my age according to educators, they were still children happy to play along to the music pieces we often played to them.

I used the term sanctuary previously, it is what came to my mind while writing this testimonial, but it might not be for nothing. Maria Christina is a childhood sanctuary. It is a place where terror and hope are strangely entangled. I am not going to lie to you, it wasn’t easy going: all the girls have surgical scars in the lower abdomen, because they have been raped and then had to abort. The large majority of children were abused before arriving to Maria Christina. And yet, as time progressed, the children trusted us, they laughed with us and called us “Tia! Tio!” (“Auntie! Uncle!”). In the end, they needed to be children and children like to laugh: it was as simple as that.